Kusama (KSM), the coin that powers an interoperable, scalable blockchain network by the same name, has rocketed up +48.13% this week, trading at highs of $480.47 on June 03. Price has increased by 17.79% in 24 hours, according to Accointing.com.

Also known as “Polkadot’s Wild Cousin,” Kusama uses an almost identical codebase to its relative Polkadot and both platforms are owned by the same parent company, Parity Technologies. It earned its wild reputation because of its low barriers to entry for new apps and ultra-fast upgrade speeds.

Think of Kusama as a canary network where apps in the early stages of development can iron out any technical issues before migrating to Polkadot.

Why did KSM price jump?

The recent price increase follows a series of upgrades that lay the groundwork for ‘parachains’ to be deployed on the Kusama and Polkadot platforms.

According to Kusama’s founder, Gavin Wood, parachains are the “final phase” in the evolution of the Polkadot and Kusama blockchains. Instead of apps being housed on a single chain they will be stored across multiple blockchains, all processing transactions simultaneously.

Kusama’s price hit an ATH of $622.86 on May 18th within a week of a community vote to introduce the network’s first parachain. On June 03, a further motion was passed to update the new Shell parachain to Statemine – a crucial step in Kusama’s roadmap for introducing parachain auctions which will involve app developers bidding for space on parachains.

Clearly, the udpates are attracting the right kind of investor attention. On June 02, Master Ventures, a blockchain incubator and venture capital firm, announced a $30 million fund for crypto projects based on the Polkadot and Kusama parachains increasing upward price pressure.

Hype surged after the new fund was announced with Kusama’s daily transaction volume hitting $619,102,411.22 at the time of publication, up +87.87% compared to the previous 24 hours.

Despite today’s buying frenzy the RSI index, which measures whether a coin is overbought or oversold, indicates that KSM is still being purchased at a fair price.

Kusama’s RSI score approached 80 on May 14th after the first parachain was deployed on the network suggesting KSM was overbought as price peaked. The RSI dipped during May’s market correction when price crashed, but is now on the upswing once again.

All in all, the launch of parachains is a pivotal moment for both Kusama and Polkadot. If Kusama’s first parachain auction goes smoothly then the stage will be set for the arrival of parachains on the Polktadot network, a development that could affect DOT price positively. 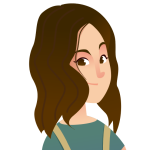